Tuesday 11th October 2016 We drove north from Escalante area over Boulder Mountain and out into the beautiful wild badlands past Hanksville on Highway 12 and 24 before heading off down the Hans Flat dirt road for something like 30 miles to the Horseshoe canyon trailhead. The drive was enjoyable with vast open vistas across the high desert plateau and a big bruised cloudy sky.

We had read that Horseshoe canyon has some of the best pictograph rock art in the desert south west so were keen to see it in real life. The trailhead that we used sat on the west side of the deep canyon and we descended easily on a well worn old mining trail to the canyon floor. It looked like a hot sort of place but we were lucky with cool weather under a threatening cloudy sky.

Walking along the easy dry canyon floor, we saw four different pictograph panels, with best at the end, the iconic ‘Great Gallery’. The art includes many figures around 7 feet tall in what is known as the ‘Barrier style’ – named after this canyon which used to be known as Barrier. You can read more from the national park webpages here.

With little known about the people that drew the figures, or even when they were drawn, we were left to imagine what the artworks were meant to depict. But they were definitely impressive to see!  Brian below one of the smaller panels for scale… 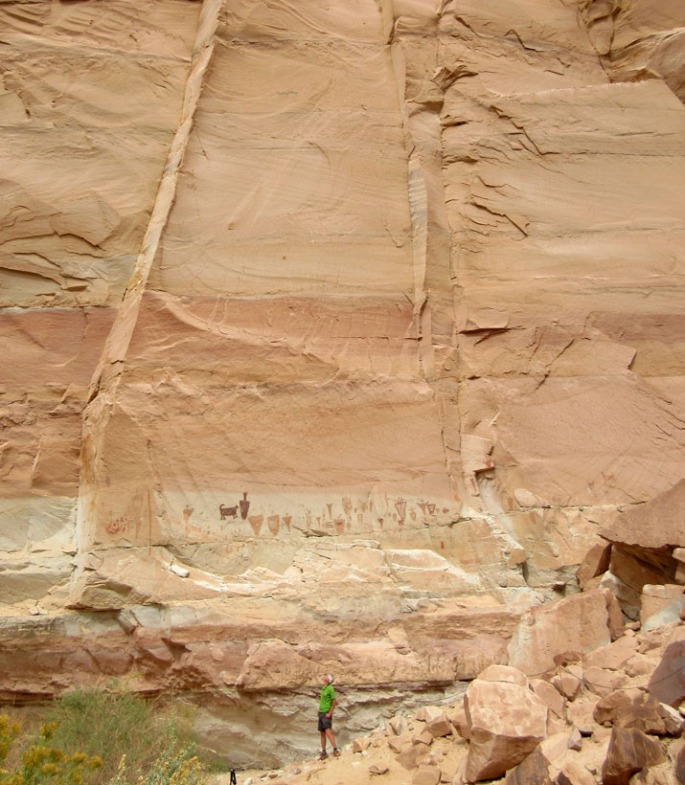 There were some cool huge alcoves along the canyon…. 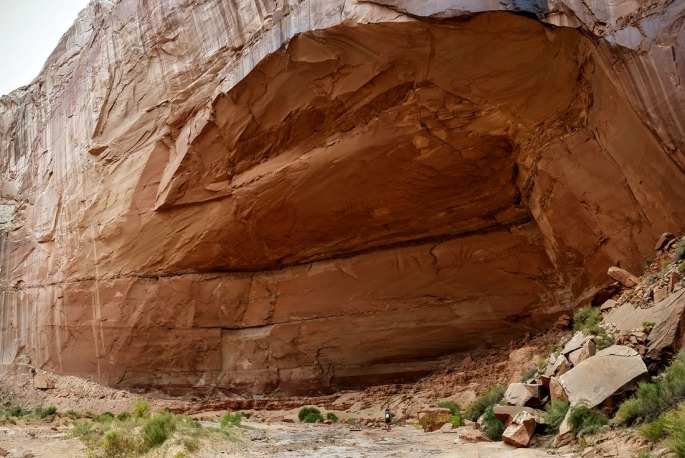 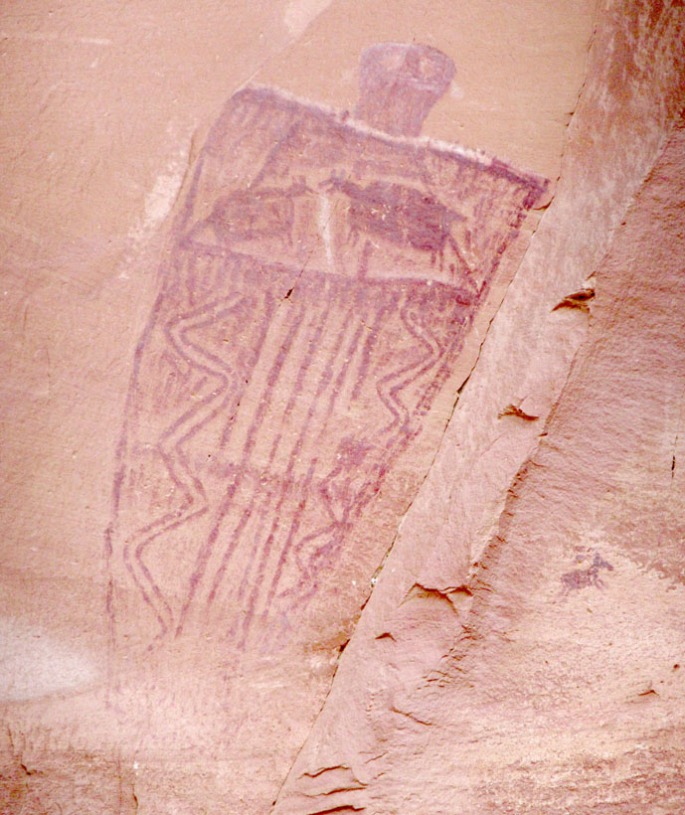 There were a few drawings of what looked like domestic dogs with the figures…we particularly liked this one….

Some beautiful autumnal cottonwood trees on the way out….. 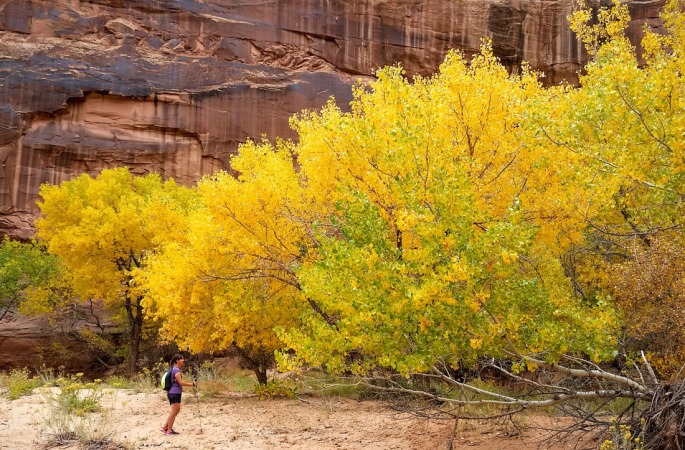 And even the toilet block at the trailhead had it’s own ‘rock art’….!