We left the hot desert of southern Utah to return back to the Colorado Rockies visiting the Martin family in Montrose Colorado and doing some hikes into the Rocky mountains. It was nice to hear bubbling streams and to see lush forest and mountains again.

We revisited Lake City where we had resupplied in 2009 on the CDT and where our favourite cannibal in history, Alferd Packer, ate his victims and was later tried.

Our first camp before starting the Hayduke trail itself was car camping in Colorado National Monument (like a national park). We had great views down from a canyon rim onto towers including independence monument shown here.

Organised some food parcels to send forward to ourselves to collect at post offices… Which was hard work but fun! Martina rests in the sun….

We are in Montrose, Colorado, with our friend Mary-Joy and have just shopped for food for 28 days in the desert. The plan is to head into Utah tomorrow and to start with a short 2 day section through Arches National Park before renting kayaks for 4 days and letting the Colorado river do some of the work for us (from Moab downstream for 70 miles). After that it is 5 days hiking through desert (an area called “the maze” – ominous!) before we get to the next resupply town, Hanksville. We’ve been down the canyon of the Gunnison River yesterday with Mary-Joy and saw lots of interesting things including a burrowing owl, lots of prairie dogs and vultures circling above – apparent they can dispatch a carcass (human) in under an hour! Happy to be back in red desert country and smelling the sweet juniper and pine. Photos to follow!

We have made is through the Wemanuche Wilderness in 5 fabulous days with wonderful trails and flowers and wildlife and got back to Wolf Creek Pass where we left off a month ago. The flo-flop to mid-way Colorado has been well worth it since we had perfect conditions (as far as the snow went) in this highest part of the trail. Quite a lot of thunderstorms – which was FUN when you are walking on the Divide!

From Wolf Creek we hitched into Pagosa Springs again and had a dip in the hot springs in the evening. Then Trail-Witch Mary Joy picked us up and took us for a v interesting morning to ancestoral pueoblo site Chimney Rock. Ruins on a narrow ridge leading up to spectacular twin sandstone towers at the end – aprox 1000 years old and related to the famous Chaco Canyon ruins in some way – but very little is known about the people who built them and their culture (or even why they would have built up there, far from water and fields). V intersting!!

Leisurely wound our way back to MJ’s home in Montrose via Silverton and Molass Pass. We were guests at MJ’s for two nights and managed to pick up a hire car from the nearby town. This we are taking to a town near Glacier National Park on the Canada/US border where we will start hiking again, facing South.

On route we’ve swum at Glenwood Springs hot springs (Colorado), tiny but hot Saratoga hot springs (Wyoming) and we are now at Thermopolis which boasts two hot spring pools (with GREAT slides!) and the campsite we were at last night (called “Fountain of Youth”) also has a hotspring pool all of its own. So over the past 5 days we have visited 5 different hot springs. They say they are good for your health but my face now looks like Pizza and both B and I smell noticibly of sulfur. Heading for Montana today and hoping to start hiking from the Canadian Border in 3-4 days time! 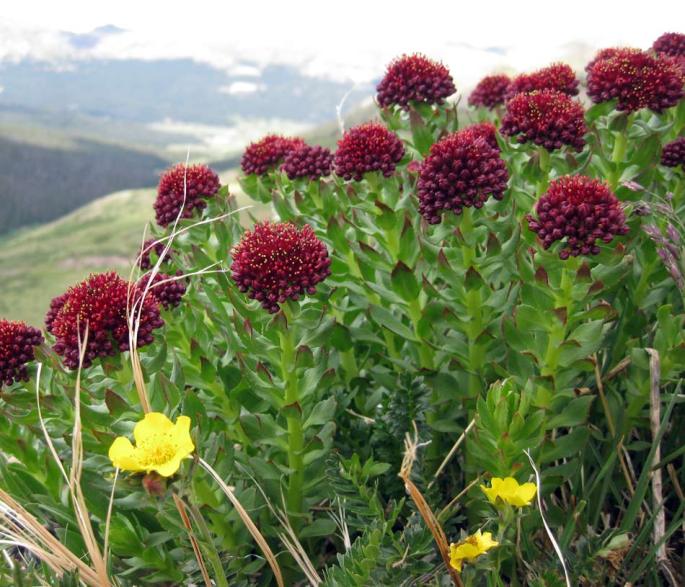 Martina by some interesting trailside scenery- its her next SEPA car ! 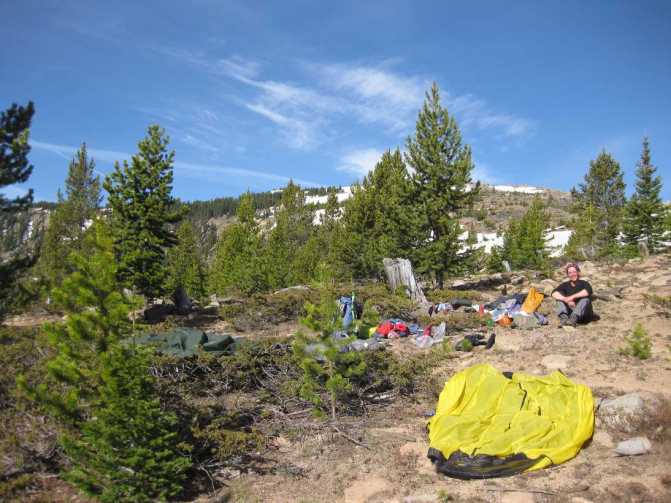 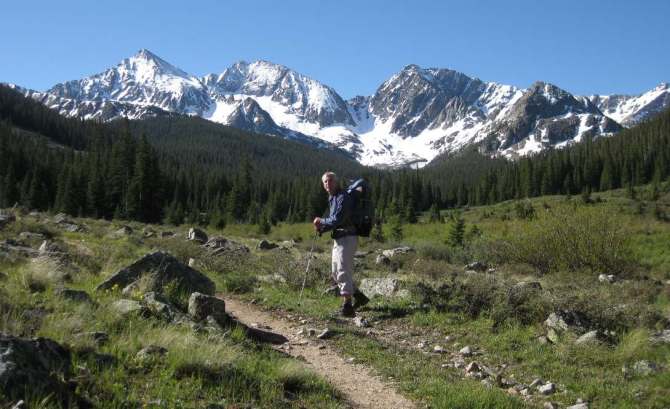 Because we are now Southbound, we have met lots of CDT hikers who are going North and it has been nice to chat with people about their experience. We’ve met Ellie, Mike, three young bearded men who do yoga on the trail, St. Gabriel, Out-of-Order, U-Haul, Cruise and Reason, Johnny Storm, Wrongway and Tikka. Wrongway and Tikka we were able to spend some enjoyable time with in Lake City, mostly eating and chatting. Best of luck to all of them!

The last section was quite long (100 miles aprox) and quite high. We saw a mountain goat grazing in the sunset on a slope opposite us when we camped at 12 200 feet below San Luis peak, a shale-bing like 14,000er Brian bagged since it was right next to the trail.

Some fabulouse afternoon thunderstorms were had with hail and torrential downpours that lasted 45 minutes, lightning striking near us and lots of noise. Very little snow in the last section (hurra), but now we are heading for the San Juan mountains which, the reader may recall, were the reason we flip-flopped: to avoid their high and snowbound slopes and give them some melting time. We’ve seen them from a distance in the last section and they look spectacular!

Lake City is very old by Colorado standards (1877) and has some wonderful gruesome history in that this is where in 1874 (before the town was built) a party of prospectors from Utah got stuck trying to cross the mountains in winter. One of them, Alferd Packer, turned up at the nearby Indian Agency weeks later, claiming the others had left him behind and gone South when he got frost bite. He seemed to have a lot of money on him. This made the locals suspicious and he was arrested. He then confessed to having had to eat some of his companions after they had died of natural causes, but refused to take the authorities back to the last camp to find the bodies.

Later that spring, 5 bodies were found, mutiliated and with clear signs of meat having been cut off them. However, they all had their heads smashed in (except for one whose head was missing), 4 of them lying on blankets by the fire pit and a 5th apparently having struggled before being killed. The accusation was then made that Packer had killed all his companions to eat them and take their money. He escaped and was free for 9 years – in the meantime, Lake City was built pretty much next to the spot where the bodies were found. When Packer was recaptured 9 years later, this is where he was brought for trial. In a second confession, he said that another man in the party had gone mad and had killed 4 men while he, Packer, was away routefinding. On his return to the camp, the mad man had attacked Packer and was killed in self-defence.

But since the snow still did not allow Packer to leave the place, he then had to consume flesh from all the dead men. He stuck to that story in his trial, was granted a retrial in another county and in the end was found guilty of 5 murders and sentenced to 40 years in prison. He was granted a pardon at the age of 60 but died quite soon – a life-long epileptic (without modern treatment of his conditions), he was not a well man (in many ways).

It seems that Packer the Canibal is good for business here and the local paper (the Silver World, which is still in print!) had made up their mind pretty quickly about the guilt of the man. But I just read a book with transcripts from the court proceedings and there was next to no consideration of forensics and Packer’s story seems as good as the accusation. So I’m not convinced he was a murderer. The eating of dead companions is not unique to Packer in these parts. Better make sure I pack enough pasta meals for the next section….. 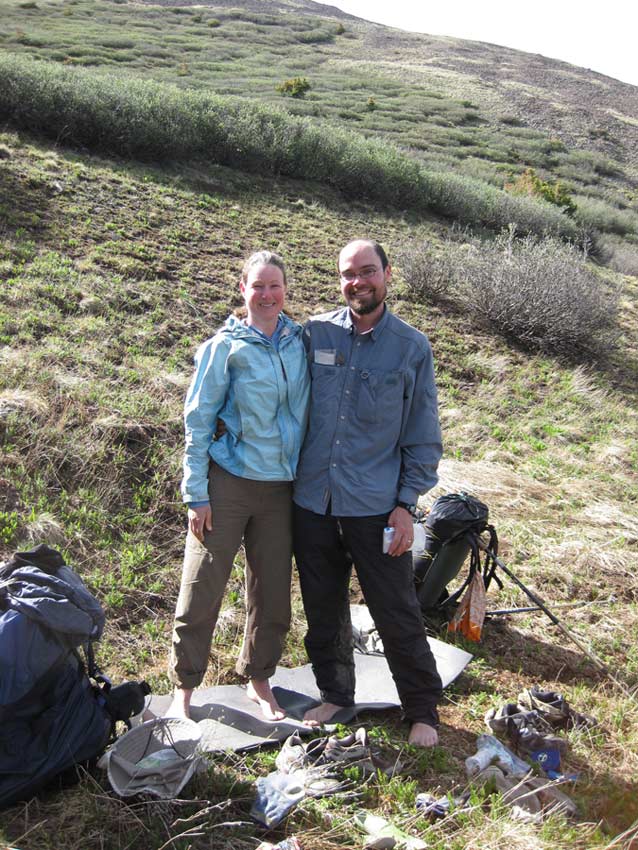 4 days from Leadville over many scenic high passes (with snow) and flowery spring meadows, past beaver dams and through forrests (fir, spruce, the dreaded lodgepole pine – fellow hikers will know what I mean – and sumptuous aspen). We camped in an old mining town called Winfield (now abandoned) and walked an old railway line (now derelict). We had hot and cold weather and even fresh snow. And views to die for! This has been a good section on the CDT!

Wildlife bag: squirrels, ground squirrels & chipmunks (not that exciting though cute), marmots, pikas, ptarmigan, an owl out on a flap in the daytime, deer & elk, beaver dams (no sighting of a beaver) and a PORCUPINE ! No trace of sign of bear.

Funniest moment of the section:
After 3 hours in pouring rain we get to a high point called Tincup Pass where the rain turns into sleat and snow. We are soaked thru and thru. The snow patches are melting furiously and the trail has turned into a river, joining all the other rivers gushing forth from the hill side, making crossings difficult. Below us a jeep road climbs the pass. On it are two jeeps which have stopped on account of having reached an old snowbank. It is Friday – tourist time! As we walk down, people get out wearing shorts and t-shirts, looking clean, dry and well fed (very much in contrast to us). They have with them a small child wearing a pink bathrobe and sandals and two overweight dogs.

We descend and they take pictures of each other next to the snow bank. Not in a mood for chatting, we tuck our heads deeper into our waterproofes and just mutter “hello” as we trudge past them downhill. Five minutes later the jeeps catch up with us on their way valley wards. One of them slows down as he passes and winds down the window. We are getting hopefull: are they going to offer us assistance in our wet and cold state? We wouldn’t accept a lift, but we’d plump for chocolate bars, sandwiches or a sip from their thermos. And the driver leans over and asks Brian in all seriousness:
“Are you guys all right for water?”

We spent some time after debating whether that was just the best line ever to mock the afflicted or whether the guy really meant to imply that we would be struggling for water (given the deluge from the skies and the melting snow all around!!!). Possibly the guy was a towny for whom the only drinkable water comes out of plastic bottle … who knows. We thought is was hillarious. 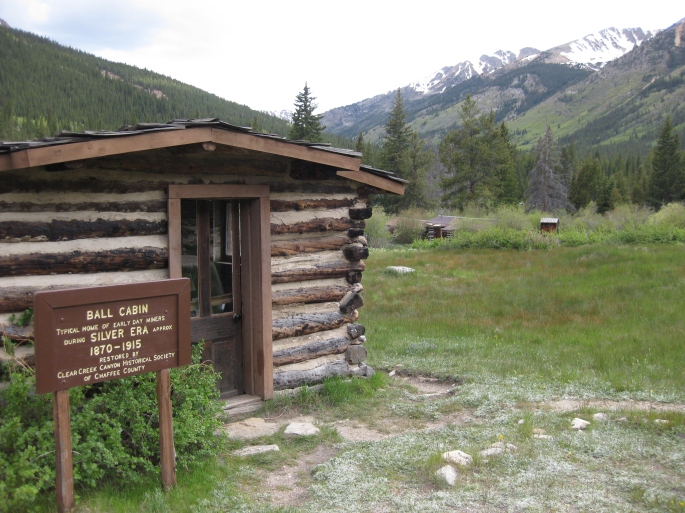 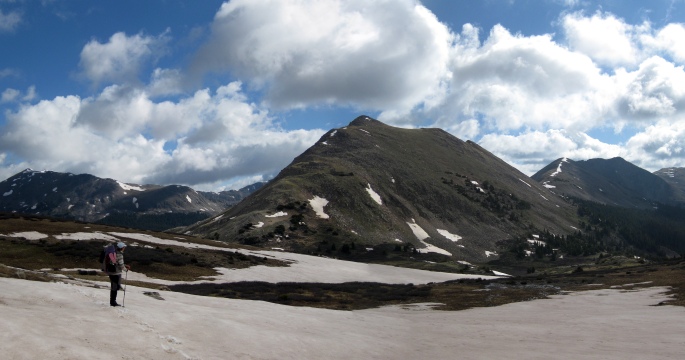 A wee walk
Create a free website or blog at WordPress.com.